To return to the Home Page,click here.

Andersons in the Wyoming Legislature 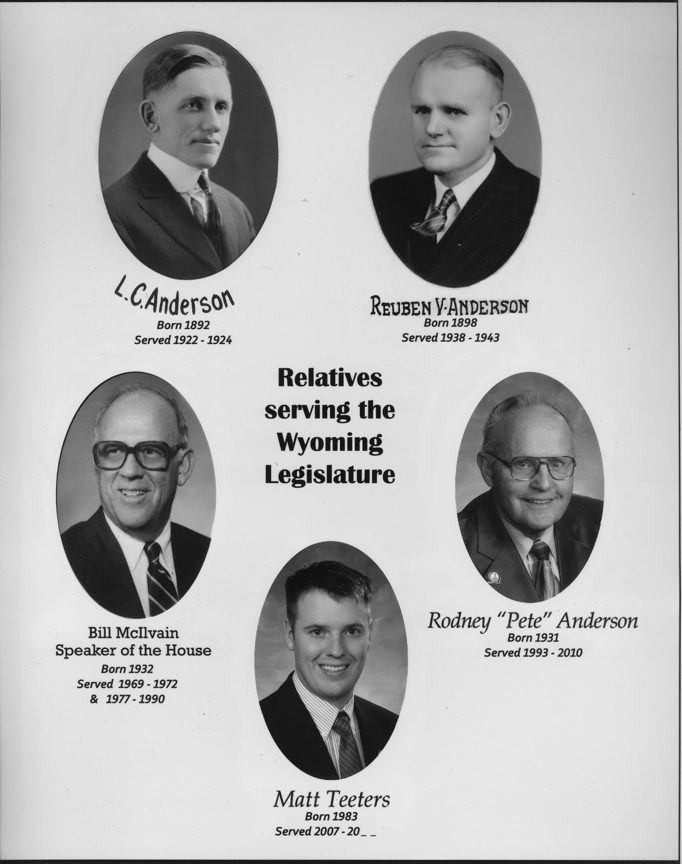 Lawrence and Esther Anderson moved to Mt Vernon, Washington, in 1915.  Three years later they returned to Albin to help at the Malm farm (Esther's family) .  In 1922 Lawrence was elected to the Wyoming legislature.  Esther developed health problems and was advised to move to a milder climate.  Lawrence resigned his seat in 1924 and they moved to San Diego, to be followed in a short time  by Delight and Victor.

Reuben was elected to the House, and then to the Senate.  He is the only one of the five to have been a Senator.

Bill McIlvain, son-in-law of Reuben and Ruth, served in the House for eighteen years.  During his final term he was Speaker of the House.

Rodney "Pete" is the third child of Reuben and Ruth.  He served in the Legislature for eighteen years, the longest of the Andersons.  He was House Majority Whip 2001-2002 and Speaker Pro Tempore 2003-2004.